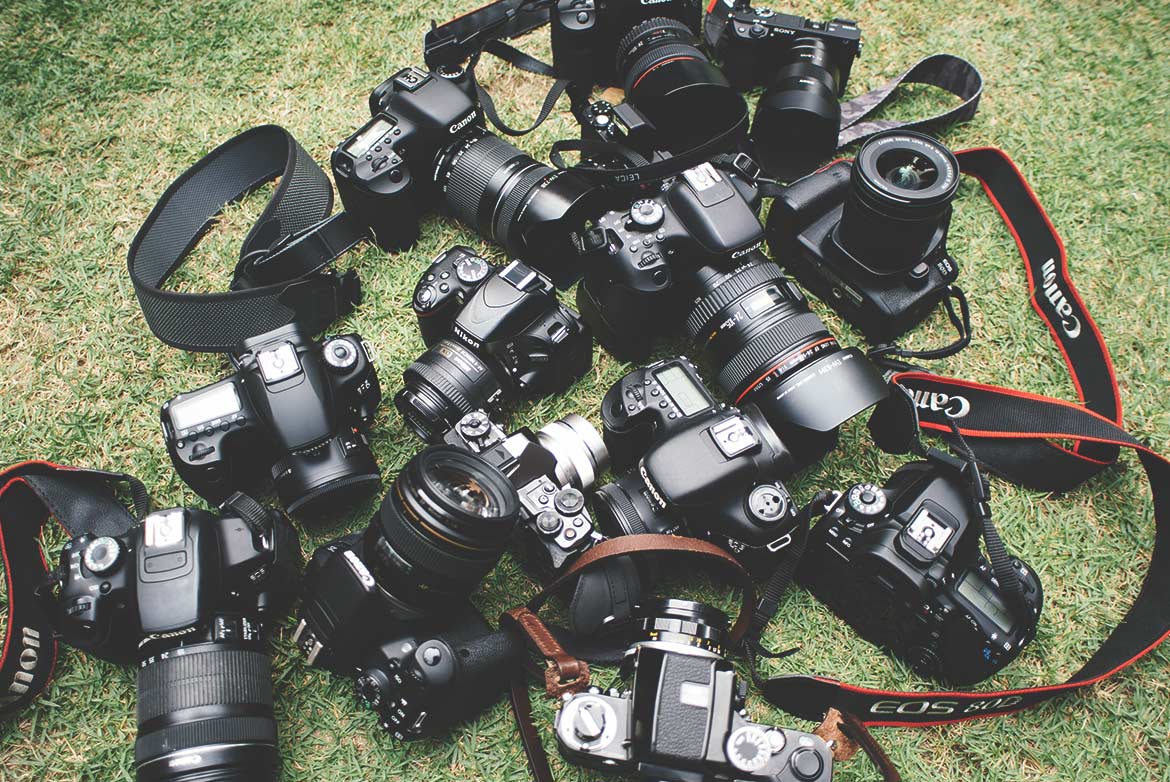 I often get asked how the Mirrorless Cameras, which are growing in popularity, are different from the classic DSLR. In this article, we will dive deeper into the mirrorless vs. DSLR camera debate, and assess the key differences that sets them apart. Whether you’re a photography buff or an avid amateur photographer, you face a choice: do you stick by the DSLR that still dominate the pro-end of the market, or do you eagerly embrace the mirrorless cameras that are rising in popularity? 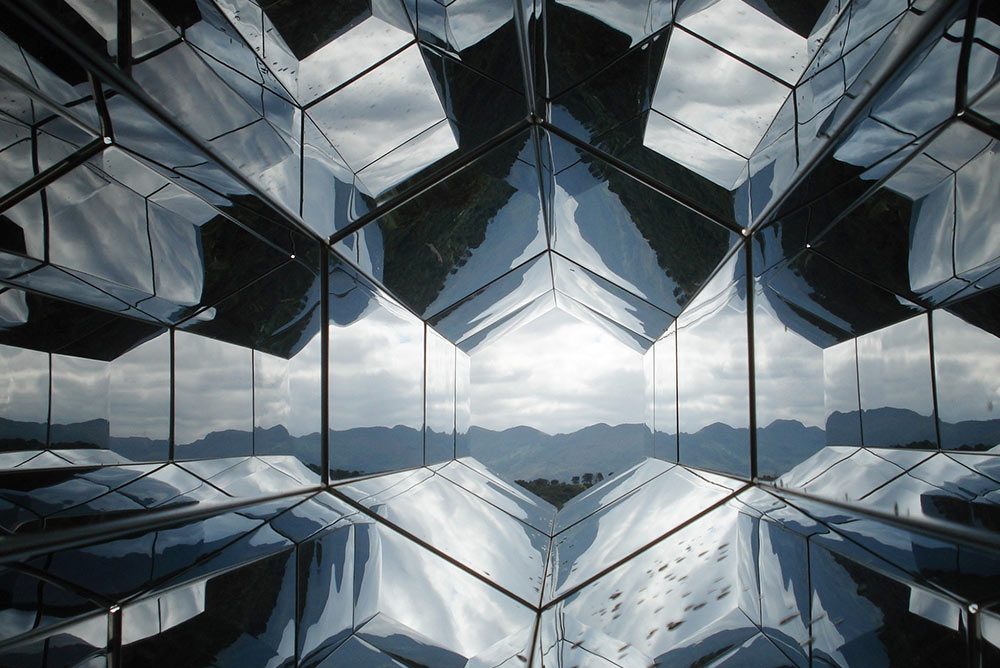 The digital single-lens reflex camera (DSLR) combines the optics of an SLR camera with a digital sensor. The DSLR is defined by its mirror. If you take a peek through its optical viewfinder (OVF), you are actually looking through a series of built-in mirrors. With a DSLR, the light travels through the lens, and once reaching the mirror, it bounces through a prism is reflected onto the viewfinder, showing you what the camera’s lens is pointing at. When the shutter release button is pressed, the camera’s shutter curtains open and the exposure begins. With the shutter curtains opened, the light is allowed to travel through the lens, and as the system of mirrors flips upwards, they reflect the light onto the image sensor, which utilizes this light to produce the photograph.

The mirrorless interchangeable lens camera (MILC) differs from the DSLR in the sense that it does not sport a mirror that projects the image onto the sensor. Instead, light travels through the lens straight onto the camera’s image sensor, which produces the photograph. 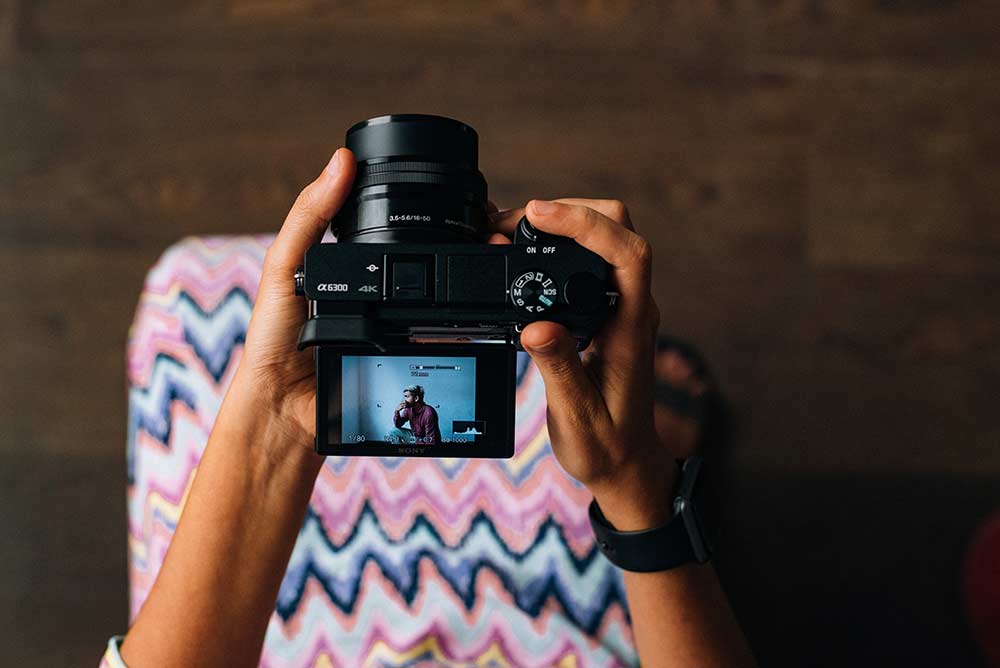 A viewfinder, the small eyepiece on the top of the camera, allows us to see exactly what the lens sees, thereby enabling us to frame and compose a scene. There are two types of eye-level viewfinders: optical (OVF) and electronic (EVF). The optical viewfinders utilize the mirrors and prisms to show us what will be projected onto the sensor, much like a periscope. This is called through the lens technology (TTL).

There are pros and cons to both types. The advantages of a optical viewfinder is that it doesn’t suffer from time lag or resolution limits; which is why the optical is favoured amongst sport photographers. Furthermore, it performs well in bright light as it’s not affected by reflections, and does not drain a camera’s battery. It displays a preview of the scene with better clarity and dynamic range than the EVF. These are some of the reasons as to why the OPV continues to be preferred among many seasoned photographers.

The electronic viewfinder tend to suffer from time lag, it does drain the battery, however, it has the capability of projecting a view of a scene exactly as it will appear once photographed (with current exposure settings) – a helpful feature that the OVF lacks. In addition, during manual focus, some EVF have the ability to magnify a portion of the scene, so the photographer can easily see when the subject matter snaps into sharp focus. Furthermore, the EVF can display more information than the optical; exosure numbers, live histogram, camera settings and battery charge. Some EVF have a feature called focus peaking; where the viewfinder highlights areas of the scene that are in focus. 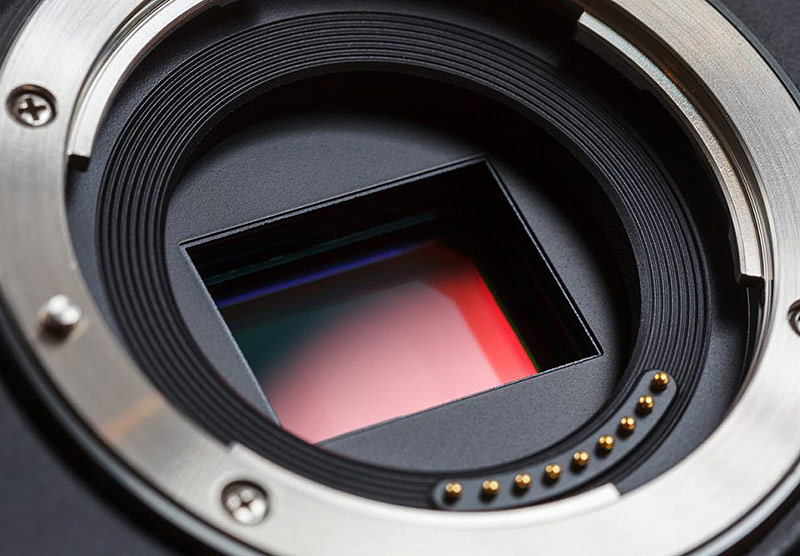 If you’ve read our previous article, Camera Sensor Formats – Why Size Matters, you already know that image quality isn’t dependent on the type of camera (mirrorless vs DSLR), but rather on factors such as the image sensor format, the camera’s processor, and the lens. Since this article is focusing on camera bodies of MILC vs DSLR, we will not discuss the lens, but instead focus on the sensor. The sensor format, along with the megapixel count, determines the general photo quality. The sensor format also determines the how well the camera performs in low light conditions.

There are primarily three different image sensor formats that are used in DSLRs and MILCs, the biggest being a full-frame sensor (36 x 24 mm), followed by the smaller APS-C sensor (24 x16 mm), and lastly the smallest Micro 4/3 sensor (17 x 13 mm). DSLRs use either a full-frame or an APS-C sensor, whilst MILCs uses any of the three sensor formats. The medium-format, the largest of them all, is another type of sensor format, found in the most expensive cameras. Due to its extreme rarity among traveling photographers, we will not discuss the medium format in this article.

The size of the image sensor has a direct impact on the image quality. As explained in Camera Sensor Formats – Why Size Matters, a larger digital image sensor will be able to acquire more light (data) – resulting in a more detailed photograph. If you have two cameras with the same amount of megapixels, but different sensor sizes, the one with the larger sensor size will produce better photographs. In other words, a camera that is outfitted with a larger sensor will produce photos that have more depth of field, better bokeh, more width, more dynamic range and less noise than a camera that is outfitted with a smaller sensor.

Both DSLRs and MILCs offer cameras outfitted with full-frame sensors or APS-C sensors, so both are essentially perfectly capable of producing quality photos. Ergo, in terms of photo quality, there is no relevancy whether or not there is a mirror inside your system camera.

With all the advantages of a larger sensor, you might think that a camera with the largest sensor possible is the easy choice. It’s not quite that simple. The size of a camera body (and the size of its interchangeable lenses) are dictated by primarily two factors, namely; the size of the sensor, and whether the camera has a mirror or not. Since the DSLR needs to be able to fit a mirror box and a pentaprism in its chassis, it is significantly larger and heavier than its mirrorless counterpart.

As for the sensor size,  a bigger sensor will not only take up more space in your camera body, but it will also require a bigger lens to cast an image over it. This is the reason as to why smartphone manufacturers generally use extremely tiny sensors – keeping the mobile phones pocketable is more important than image quality. Another factor to weigh in is that a larger sensor requires larger lenses. Larger lenses add bulk and weight. As a travel photographer, this is the last thing we want.

To illustrate, the MILC Panasonic GM1 (M4/3 sensor) is 98 x 55 x 30 mm in size and weighs 274 grams, while the DSLR Nikon D5300 (APS-C sensor) is 125x 98x 76mm in size and weighs 480 grams (pictured above). An extra 200 grams might not sound like a lot, but we also need to mount lenses on our camera bodies. The Panasonic Lumix GX Vario 35-100/2.8 weighs in at 360 grams, in contrast to the Nikon AF-S 70-200/2.8 G which is 1540 grams. E.i. the mirrorless camera set with the Micro 4/3 sensor weighs 634 grams, while its DSLR counterpart with its mirror and cropped sensor weights over 2 kg! With this said, when choosing your camera, you need to weigh up what’s most important to you – size or image quality. Yes, the micro 4/3 sensor has less capability than larger sensors, but it can still produce great image quality.

DSLRs, at their smallest, weigh around a pound and a half and can fit in a small bag. Mirrorless cameras can weigh as little as half a pound and can be pocket-sized with a small lens. 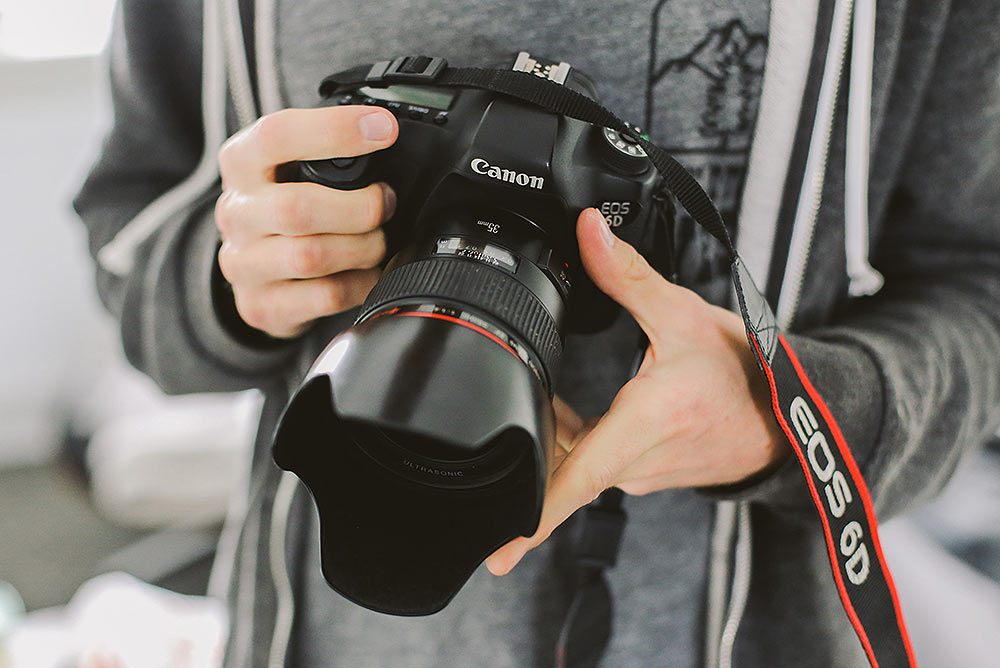 The first mirrorless camera was released in 2008, and since then they have been gaining traction on the market. Initially, one of the weaknesses of the MILC used to be its slow autofocus (AF) speed. The phase detection AF utilized in DSLR cameras is not only faster, but also more accurate than the contrast detection AF utilized by mirrorless cameras. However, the newer MILCs on the market now utilize a hybrid AF – a blend of contrast and phase detection AF, that surpasses the DSLR autofocus speeds. However, DSLRs tend to perform better in continuous autofocus mode, due to the accuracy of their AF. This is largely the reason why many sports photographers prefer DSLRs over MILCs. 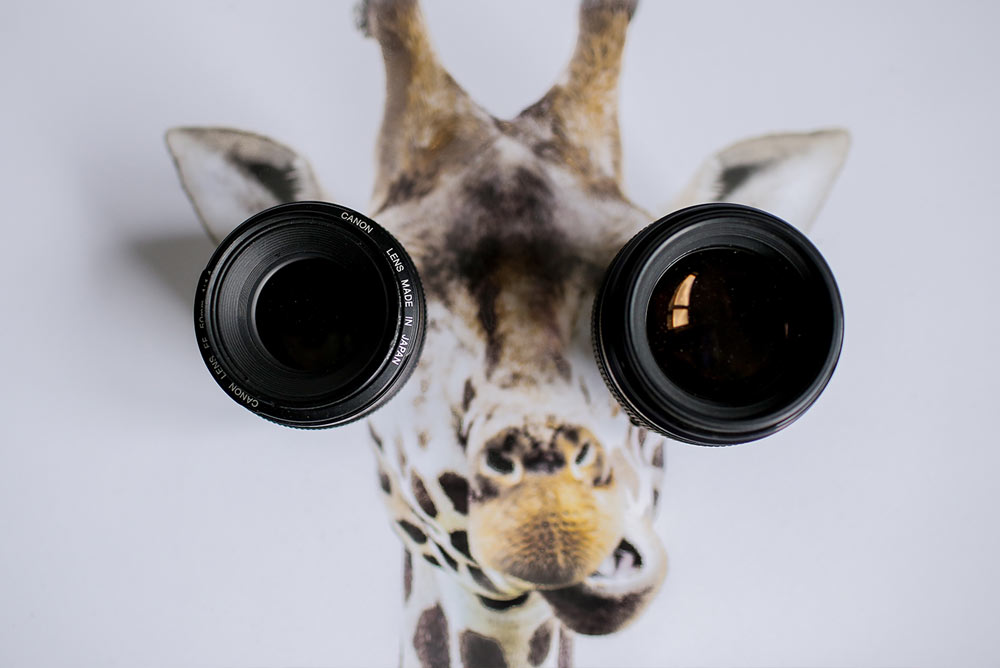 Mirrorless cameras have only been on the market for a decade, so understandably, there is a much narrower selection of compatible lenses to choose from. The DLSRs not only have a wider lens selection, but the lenses are also more affordable. Both Canon and Nikon’s lens offerings is huge, and in addition, third-party options from independent lens makers like Sigma, Tamron and Tokina further add to the selection. However, as the MILCs continue to make waves, so will their lens offerings. Currently, Sony, Olympus and Panasonic all offer native lenses that are compatible with the M4/3 system.

These are the key differences between the MILCs and the DSLRs. The veteran DSLR boasts longer battery life, a wider selection of lenses, a faster auto-focus system and longer battery life. The mirrorless cameras are smaller, lighter, and boast numerous of innovative features that the DSLR lacks.

In essence, both types utilize different techniques to achieve the same result. Neither is overwhelmingly better than the other, both have their own strengths and weaknesses, and you can get amazing photos with either. With continued advancements to improve the downsides on MILCs, the advantages are starting to outweight the cons.

Feel free to chime in and let us know what type prefer! What camera model are you shooting with? Are you considering swapping your beloved DSLR for a MILC? Or perhaps you already have? Share your experiences! 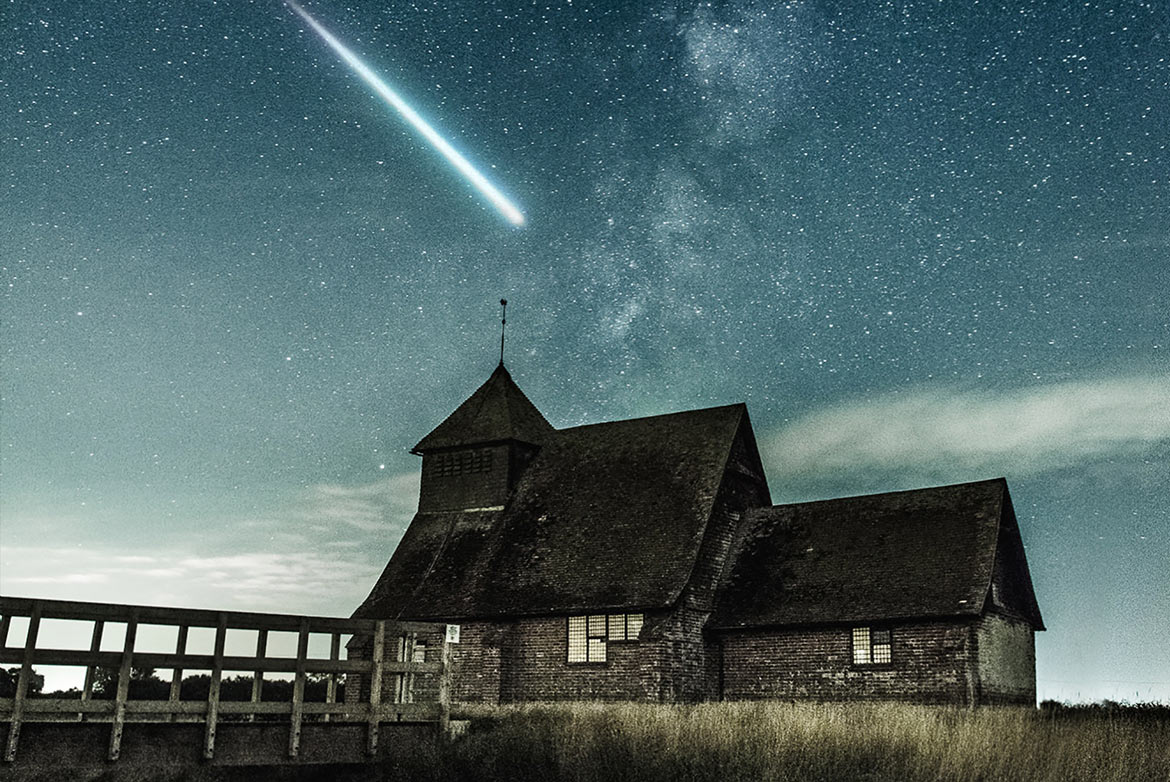 Astrophotography – How to Shoot The Night Sky, Part 2: Camera & Techniques

This is Part 2 of our Astrophotography – How To Shoot The Night Sky series. This part will del 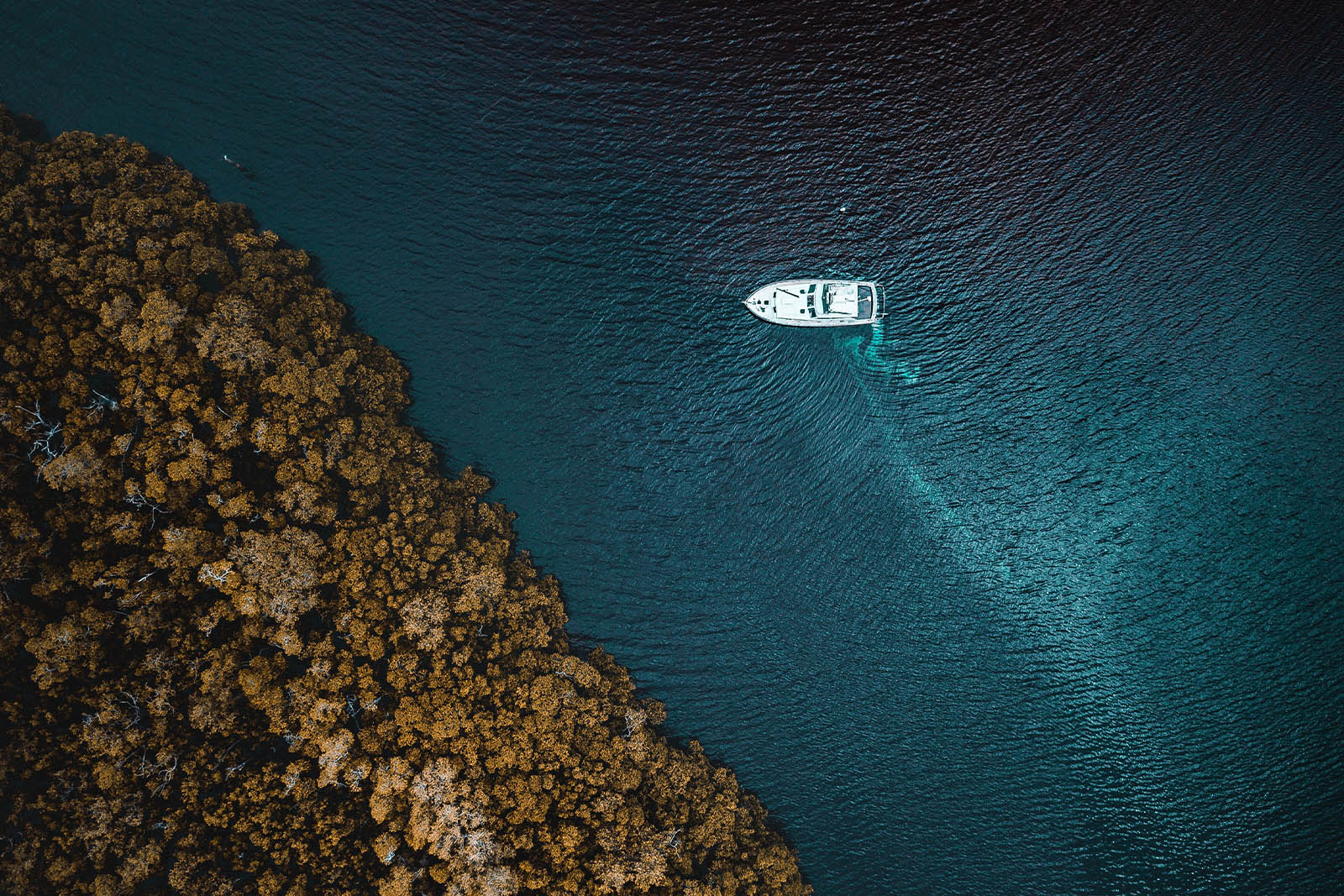 The 21st century has seen an astonishing rise of camera drones. From pocket-size selfie-drones that 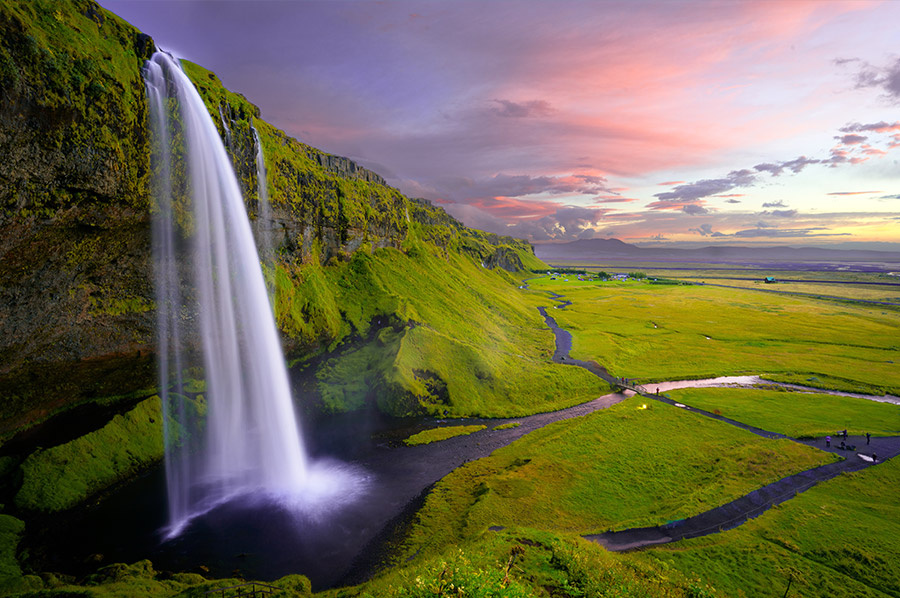 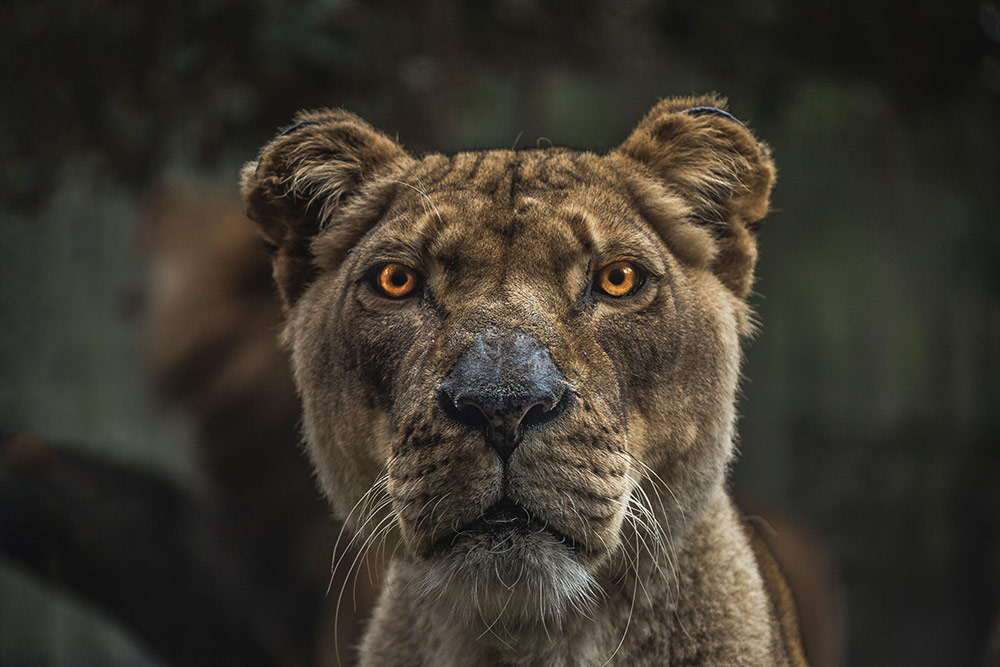